We relaxed in the beautiful old town of Hoi An. In Dalat we went on lots of adventures from seeing the country side to canyoning in the waterfalls!

We spent 3 days exploring the Ancient town of Hoi An. The entire town is a Unesco heritage site. There’s really not too much to actually do in this town but it’s very cute so we spent our time here relaxing. There’s lots of yellow buildings, covered in flowers and plants that hang over all the streets. There’s lanterns though all the streets, which light up at night making the town even more beautiful than it already is. The streets are filled with touristy shops selling all kinds of dresses, shirts, and parts with colorful designs. A common theme in Hoi An is fruit patterned clothing (for tourists) so of course I found a banana dress for myself. That banana dress makes me incredibly happy. There’s also lots of specialty tailor shops for suits, dresses, and shoes. The thing to do in Hoi An seems to be shopping. The streets are crowded with Asian tourists everywhere, several who are taking wedding/engagement photos in the middle of the streets. During our time here we wandered around the town, checked out many of the cute cafes in town, people watched a lot, and did a lot of shopping. We decided to go to a couple of the old houses, pagodas, and historical sites in town which were interesting but nothing spectacular to us as far as old buildings go. Not too much happened in Hoi An but it was a nice place to relax in after our incredibly busy week.

We woke up from another night bus in a town called Nha Trang. We had 2 hours to kill before our next bus so we decided to head to the beach to watch the sunrise with some other travelers waiting for the next bus. This beach was pretty funny because it’s filled with locals taking their early morning dip in the sea, lots of stretching, and lots of aerobics classes going on.

We got on our next bus and we’re told there were only going to be 3 people in the whole bus! Basically we had a private bus with our new Korean friend. Our bus driver drove so fast though all the twisty roads to get to Da Lat we made it in 2 hours where it should have taken 3/4. Arriving in dalat we immediately noticed the temperature had dropped which was a relief after our hot sweaty days everywhere else in Asia. We wandered to our new hostel with our Korean friend who didn’t know where to stay and checked in. We spent the afternoon wandering the streets of Da Lat which basically are filled with colorful houses and little shacks. Da Lat isn’t a major tourist destination but more of a Vietnamese vacation spot so even though the streets have a lot of hotels the town feels very local oriented. Our hostel is tiny but great. There are 5 whole people staying at ‘Solo Dalat Hostel’. I found out that the hostel is 3 months old, it’s a baby. But it’s only $3 per night for a cold room, clean facilites, free breakfast, free vegan/vegetarian dinner cooked by the hostel chef, free bikes, and they book tours for you. The main girl working reception is so sweet and treats you so well. I don’t know how it could get any better. At the family dinner (we love the hostel family dinners in Vietnam) we got to know everyone staying at the hostel and we all decided to go on a countryside tour of Da Lat together.

On the countryside tour we went to soo many places and had a great day! We visited the old railway station which was beautiful and got to peak into the old train carriages. We went to a minority village but we didn’t spend much time here where we just got to see the minority’s house and garden. We went to a flower farm which was filled with roses but in my opinion a very lame farm and flower garden. We went to a silk factory where we got to see how silk is processed from the silk caccoons. We went to a cricket farm and learned how they farm the crickets. We also ate crickets here! Sounds kinda gross but they were actually not that bad, just like a crunchy snack. We also tried some of their local rice wine and cricket wine. We went to the elephant waterfall where we had a great view of the falls! This may have been one of the biggest waterfalls we’ve seen in Asia! It was massive and our guide said the water flow was just normal today since it hadn’t rained in 2 days but I thought it seemed pretty strong. The hike down to one of the view points was super rocky and misty. The waterfall made everyone lightly wet as they tried to get a picture of it. After the tour we decided to go to a place called Crazy House. This place was designed by the presidents daughter and is continually being recreated as she believes there’s no end to creativity. This place looks like a fairytale place and feels like a maze. If you wanted to you could even book a room and stay the night in one of the quirky rooms. The house is filled with nooks, twisting hallways, fun decorations, and beautiful flowers. This house is one of my favorite sites in Da Lat city even though it’s very touristy. Back at the hostel we had another delicious vegan family dinner with everyone at the hostel. This hostel has its own chef, how cool. With our little hostel family consisting of America, France, Korea, and Australia we decided to wander through the night market. The night market was more of a local market than were used to so instead of selling touristy clothes they sold jackets, sweaters, and shoes for the cheapest prices we’ve seen. Of course they also had fruits and foods but this market was less crowded and less decorated than our usual markets. After the market we checked out a famous bar in Da Lat called 100 roofs bar. Inside the bar it’s a maze! It’s twisty, dark, and mysterious. You never know which way to go, it felt like part 2 of Crazy House. Coolest bar and coolest house I’ve ever been to.

The next day in Da Lat we decided to go on a crazy adventure. We booked a tour to go canyoning! This is such an awesome adventure, I really love it. I’ve done this once before in France with my family so when I saw canyoning in the tour book at the hostel I decided we HAD to do this before leaving Da Lat. For our group of 13 (all English or American) we had 4 awesome tour guides named Terry, Tiger, Banana, and Monkey. All of oUr guides were so caring and genuine. They helped us every step of the way making sure we would be alright. First in this adventure we first learned how to absail/rappel down a cliff and did some easy practice runs before heading on our hike. We rappelled down steep high cliffs into waterfalls, jumped off cliffs, slid down waterfalls backwards (head first) for a natural made water slide, up and down rocks through the forest, and swam though the waterfall pools. During the morning it was quite sunny and warm but as the day went on it started raining, however that doesn’t matter much as we were already wet from the waterfalls. It’s been a while since I felt a high from an adrenaline rush like this. I love experiencing the natural world though adventures like this. It was really amazing and beautiful every step of the way down the waterfalls.

Da Lat has been an unexpected wonderful stop in Vietnam. Initially the city wasn’t what I expected but it turned out to be amazing! If you haven’t figured it out already… just gotta say once again Vietnam is the best! 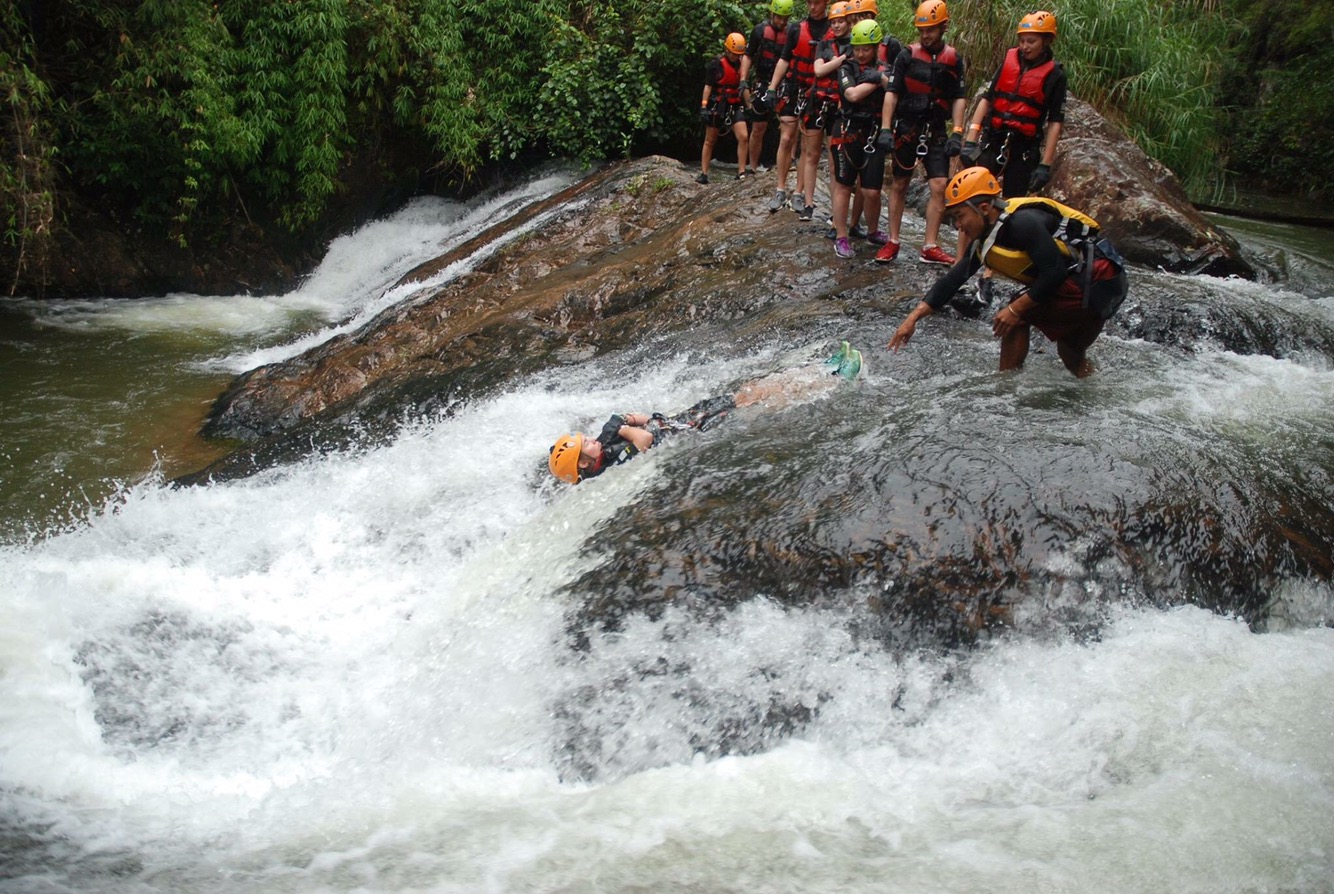 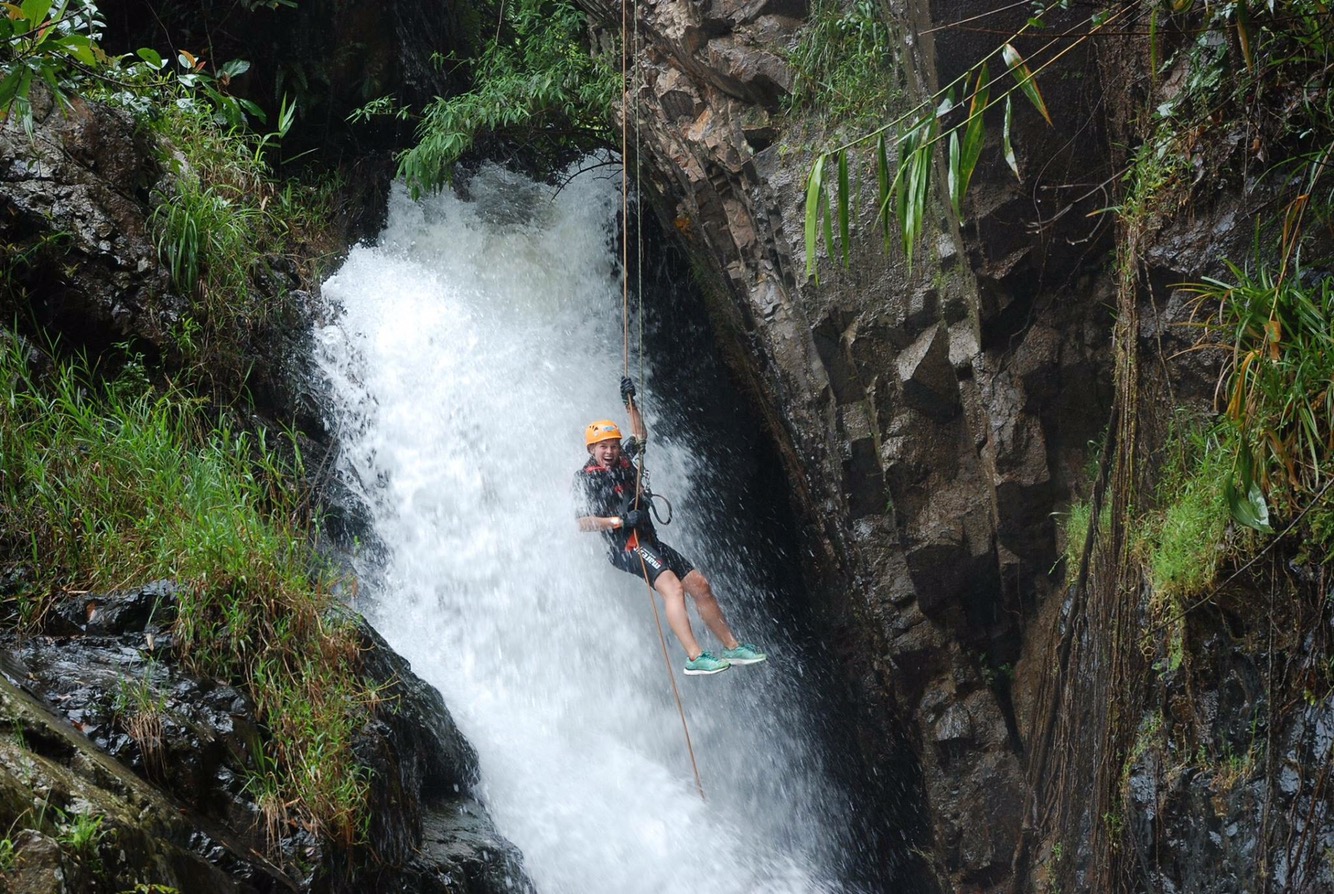 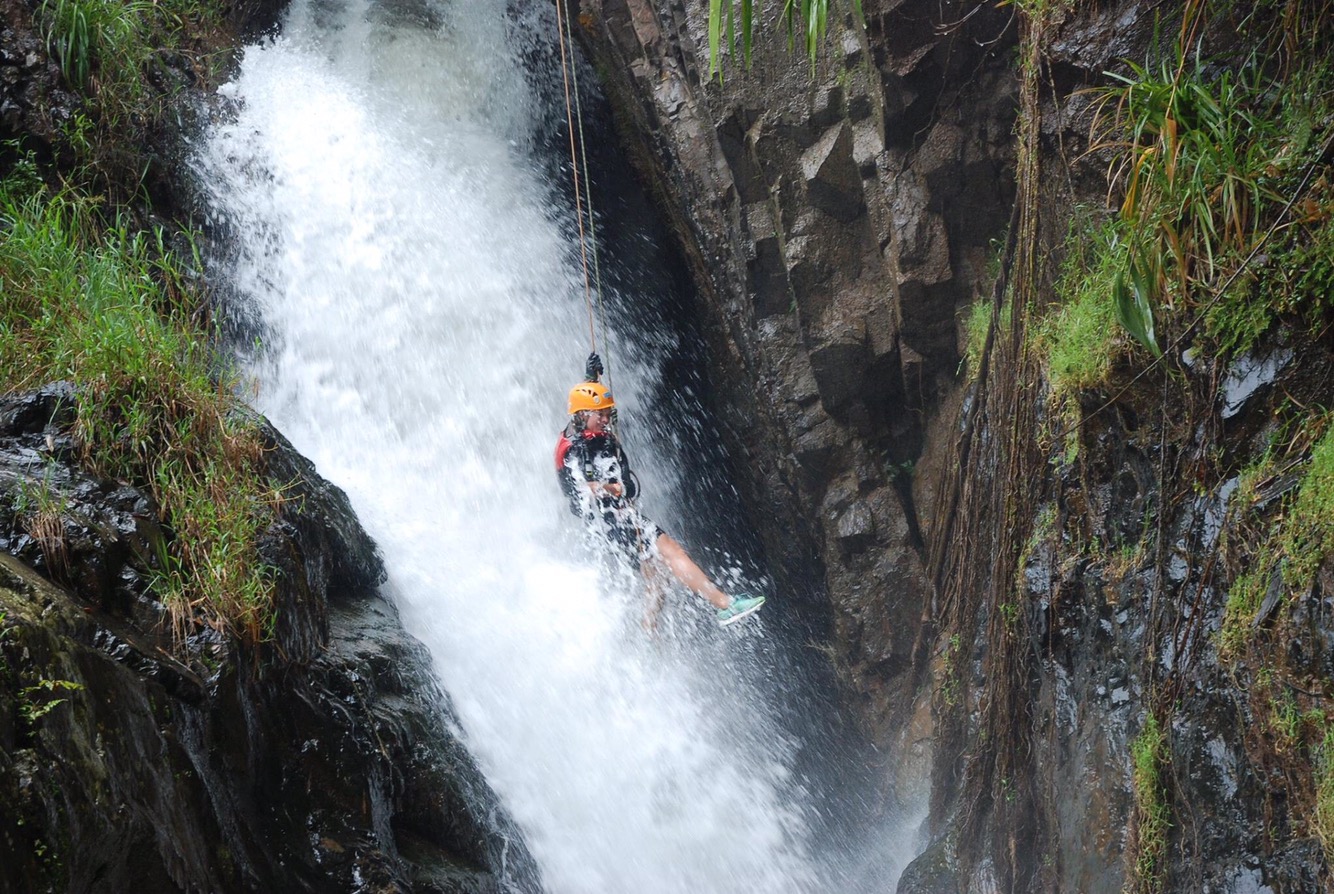 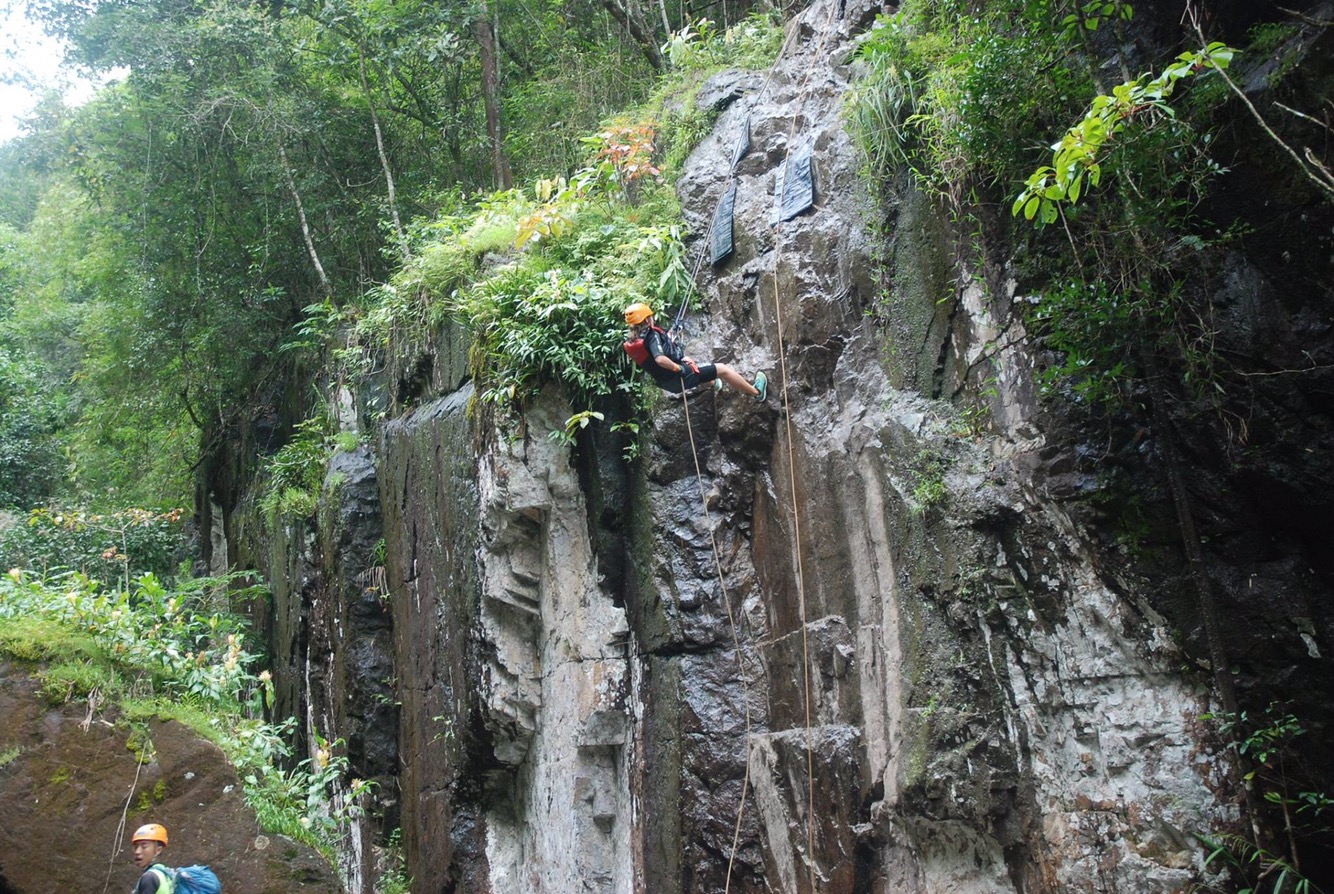 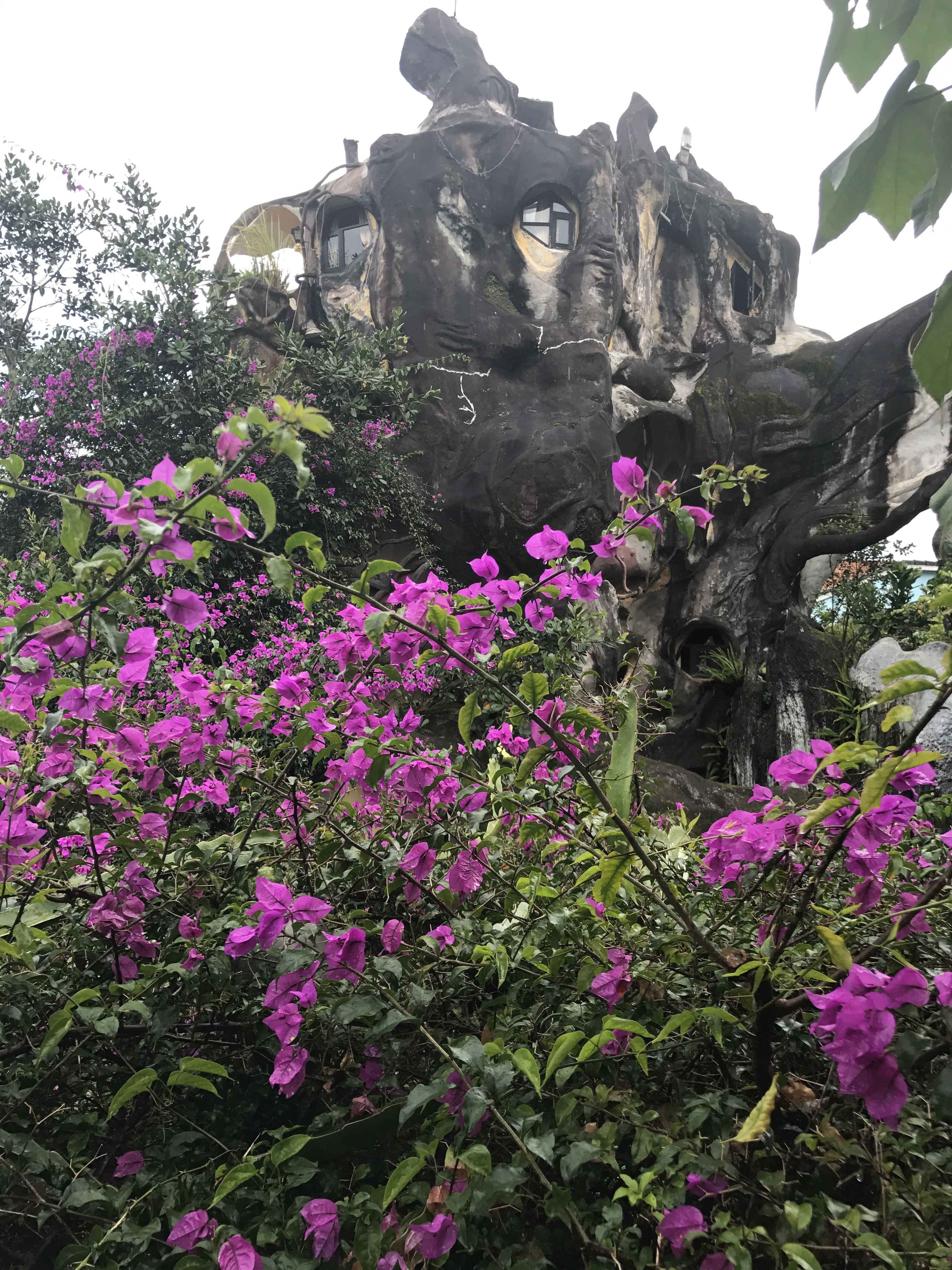 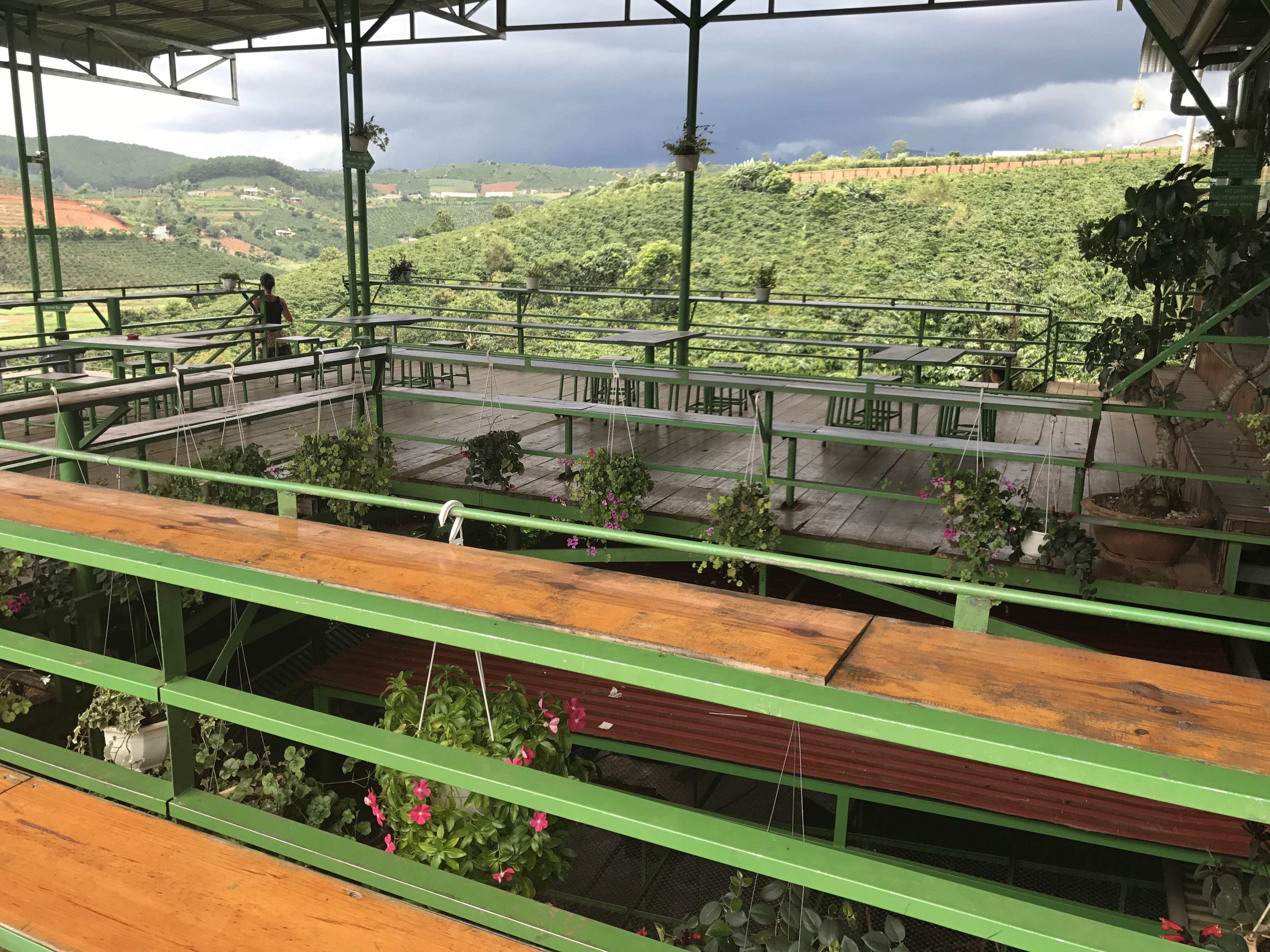 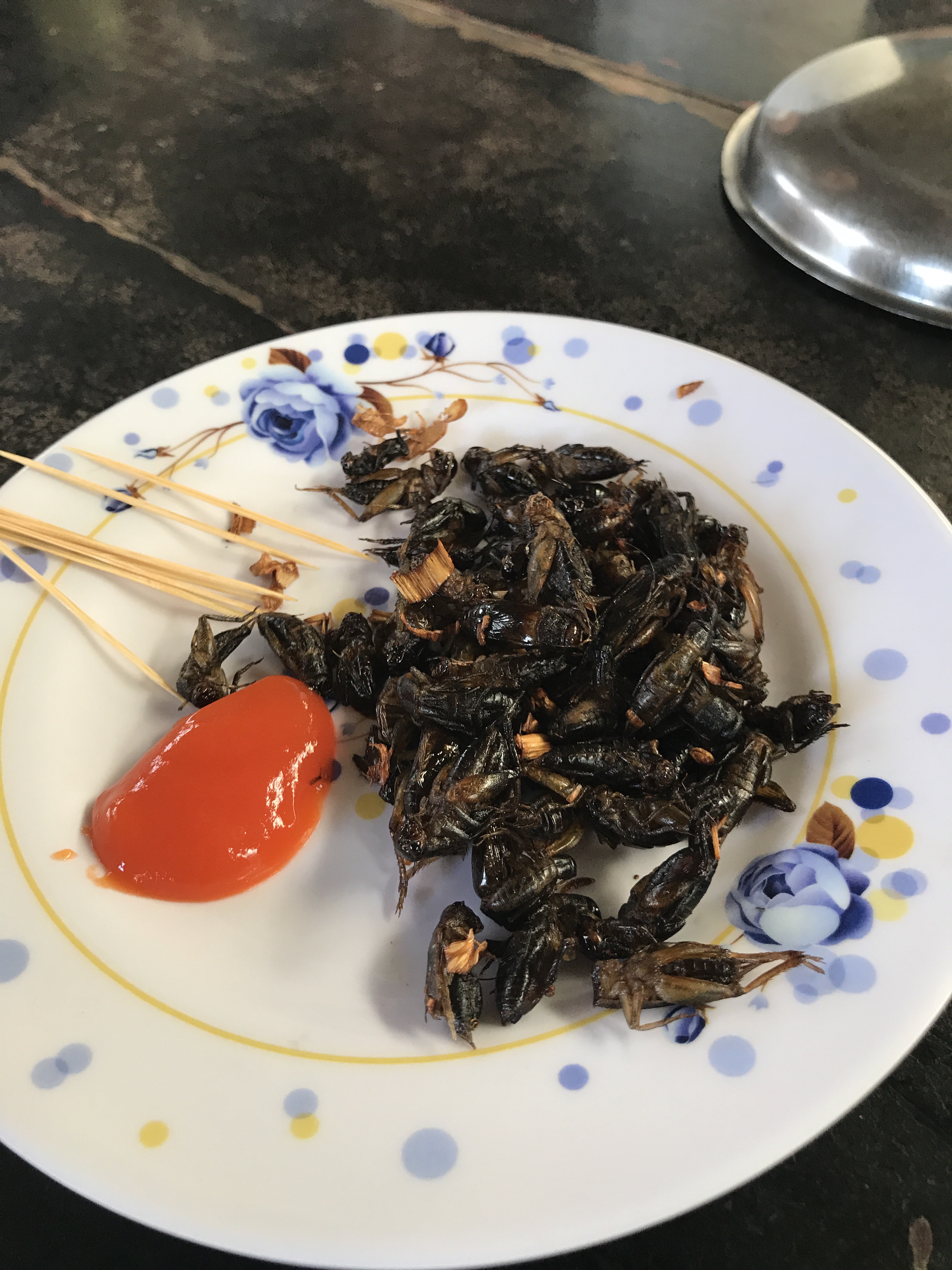 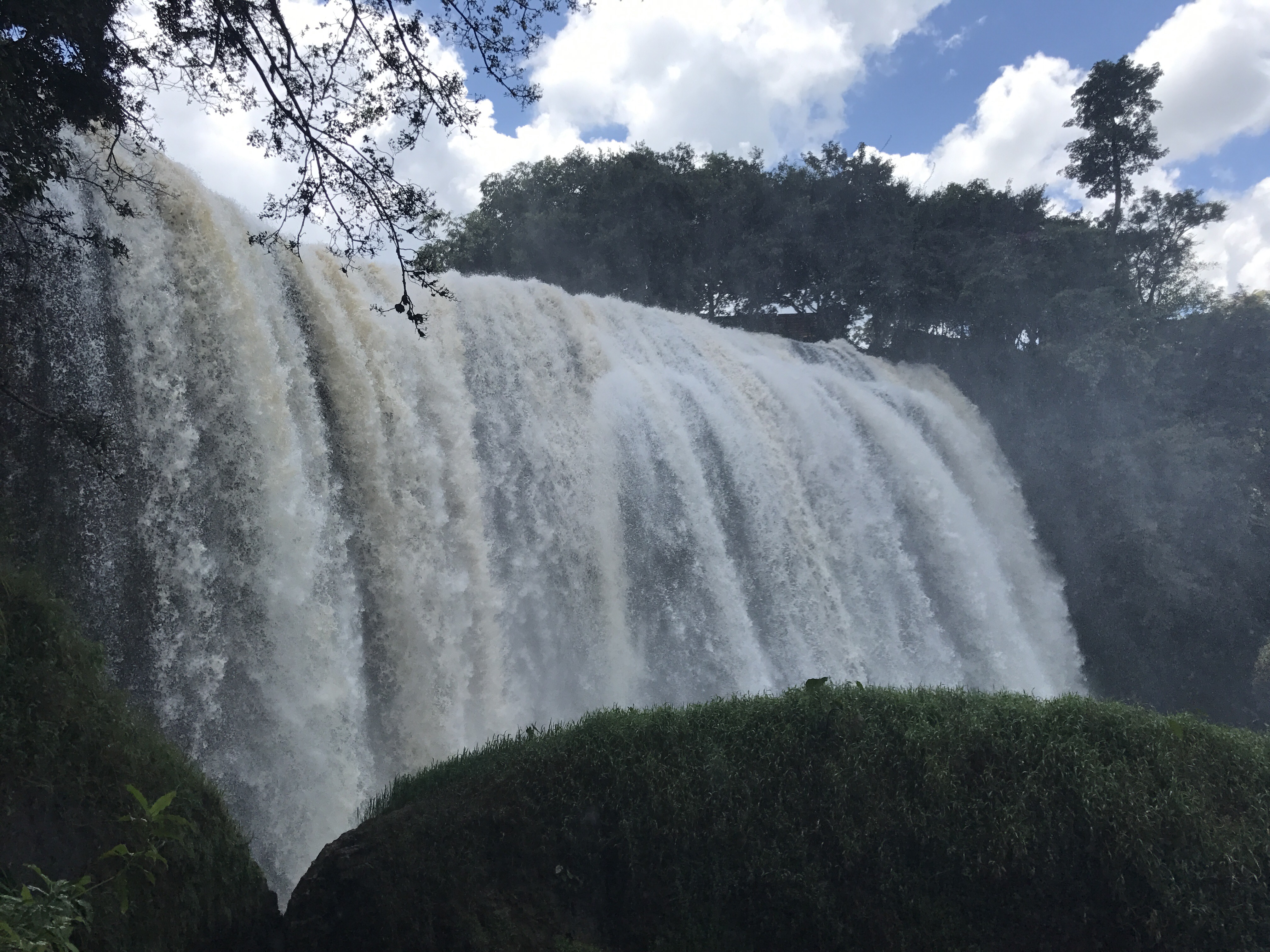 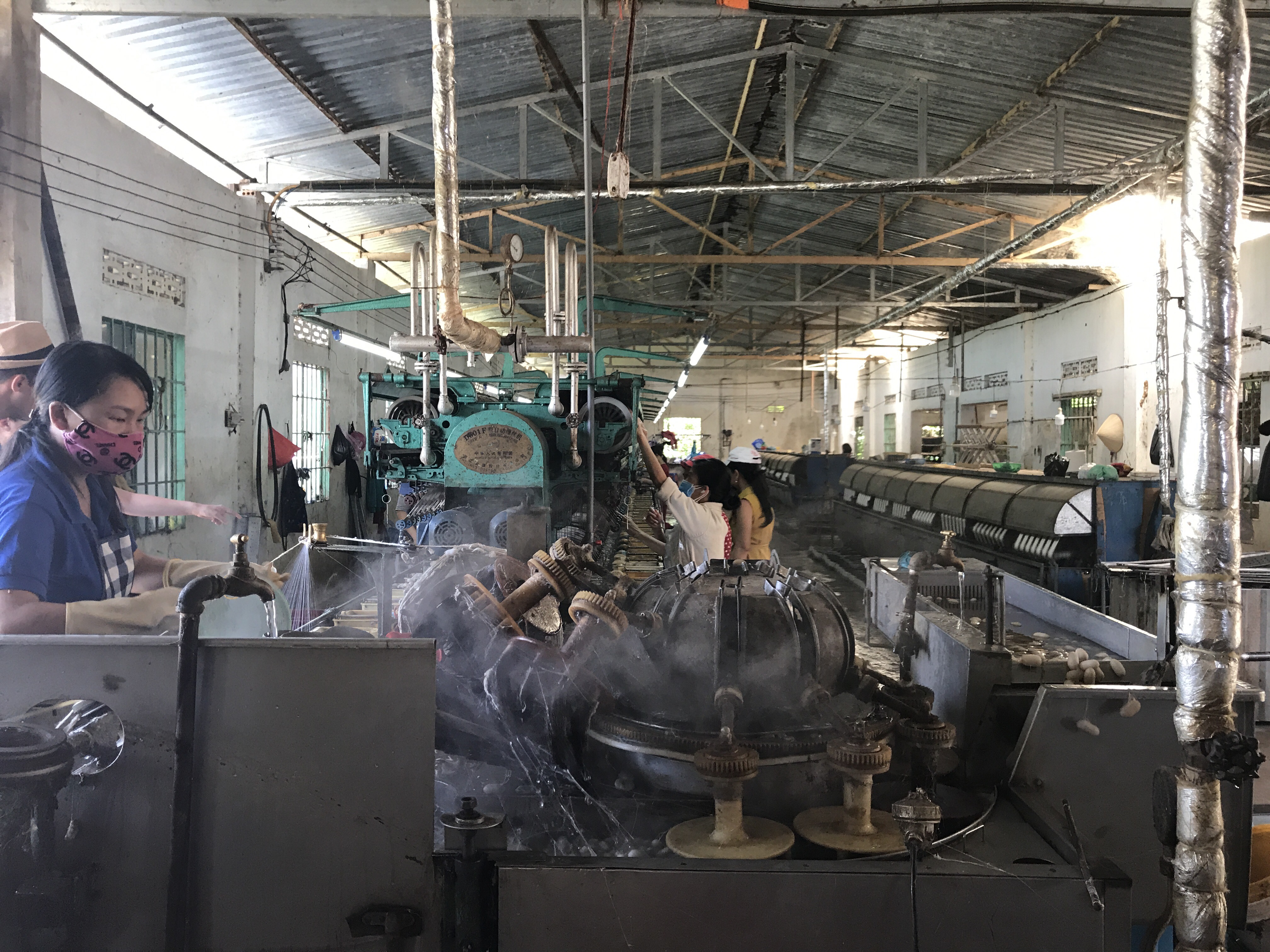 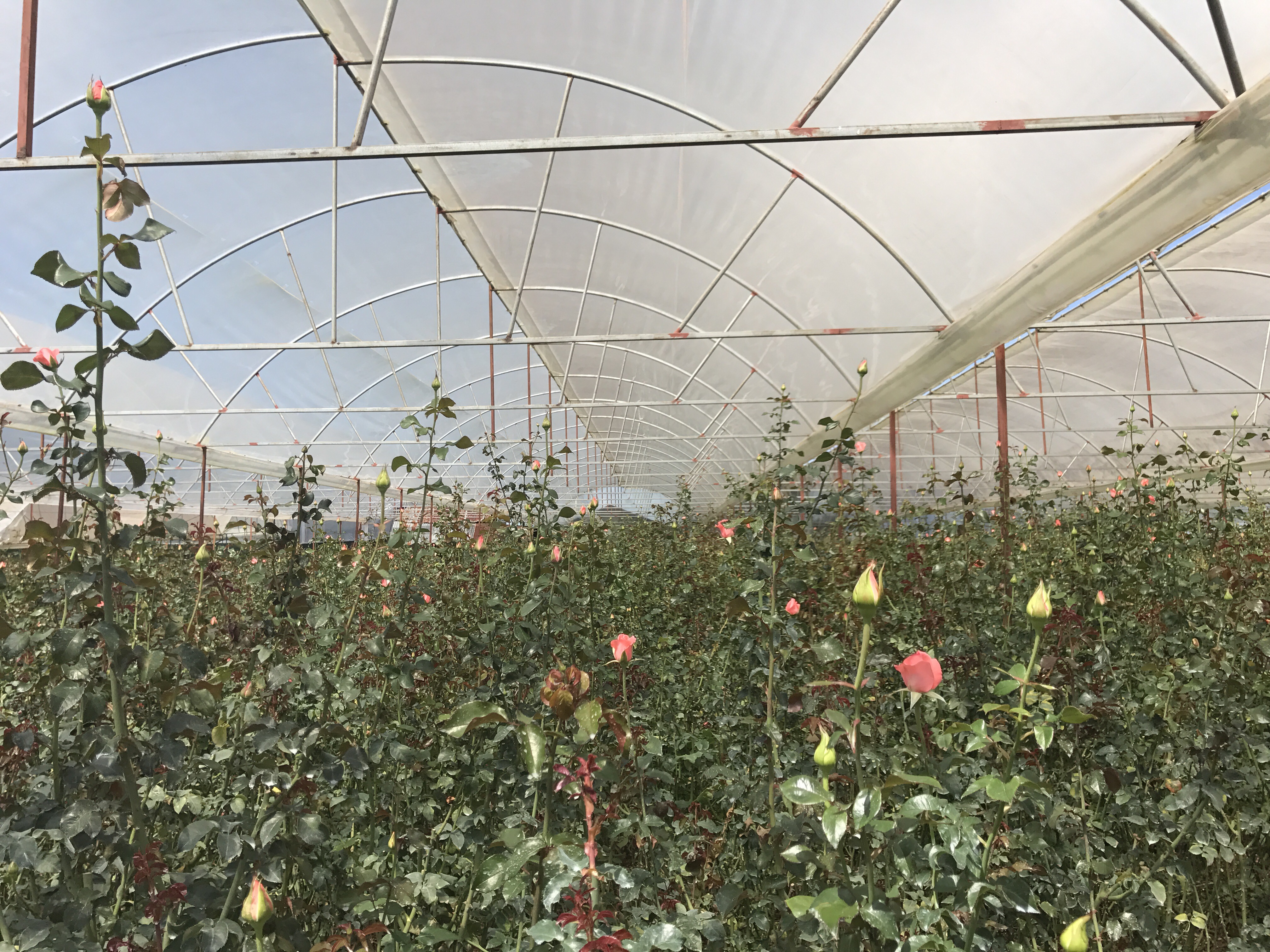 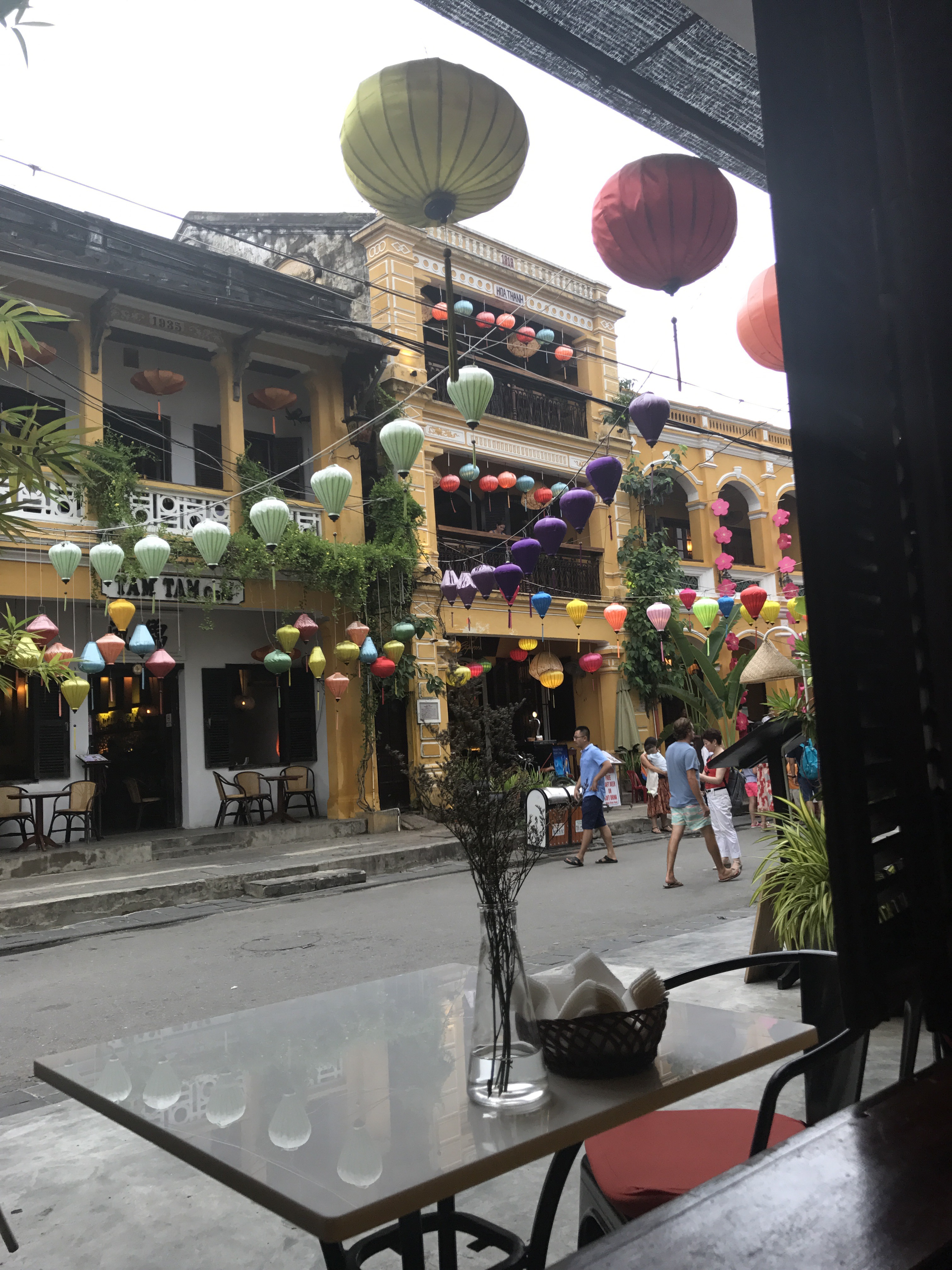 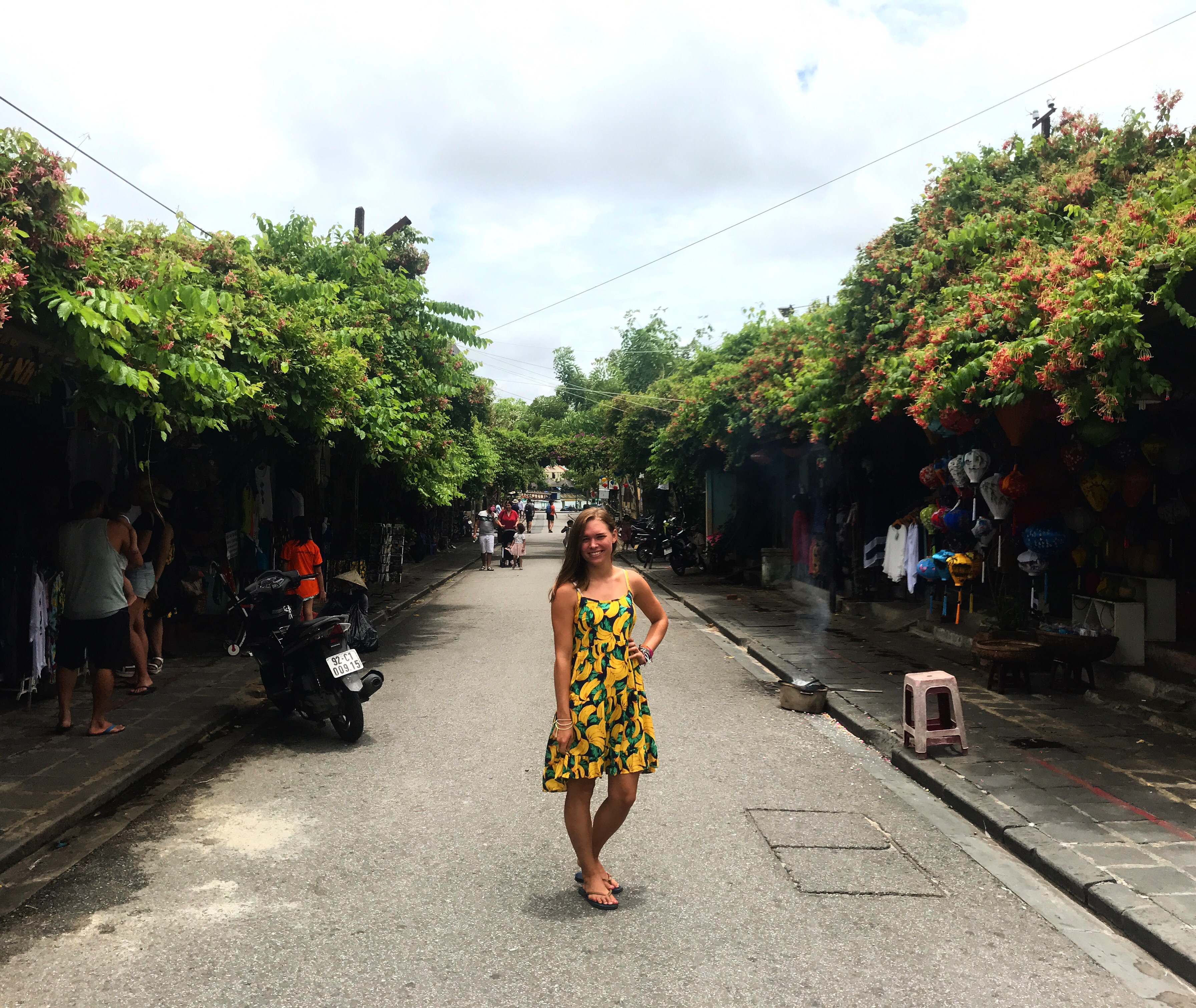 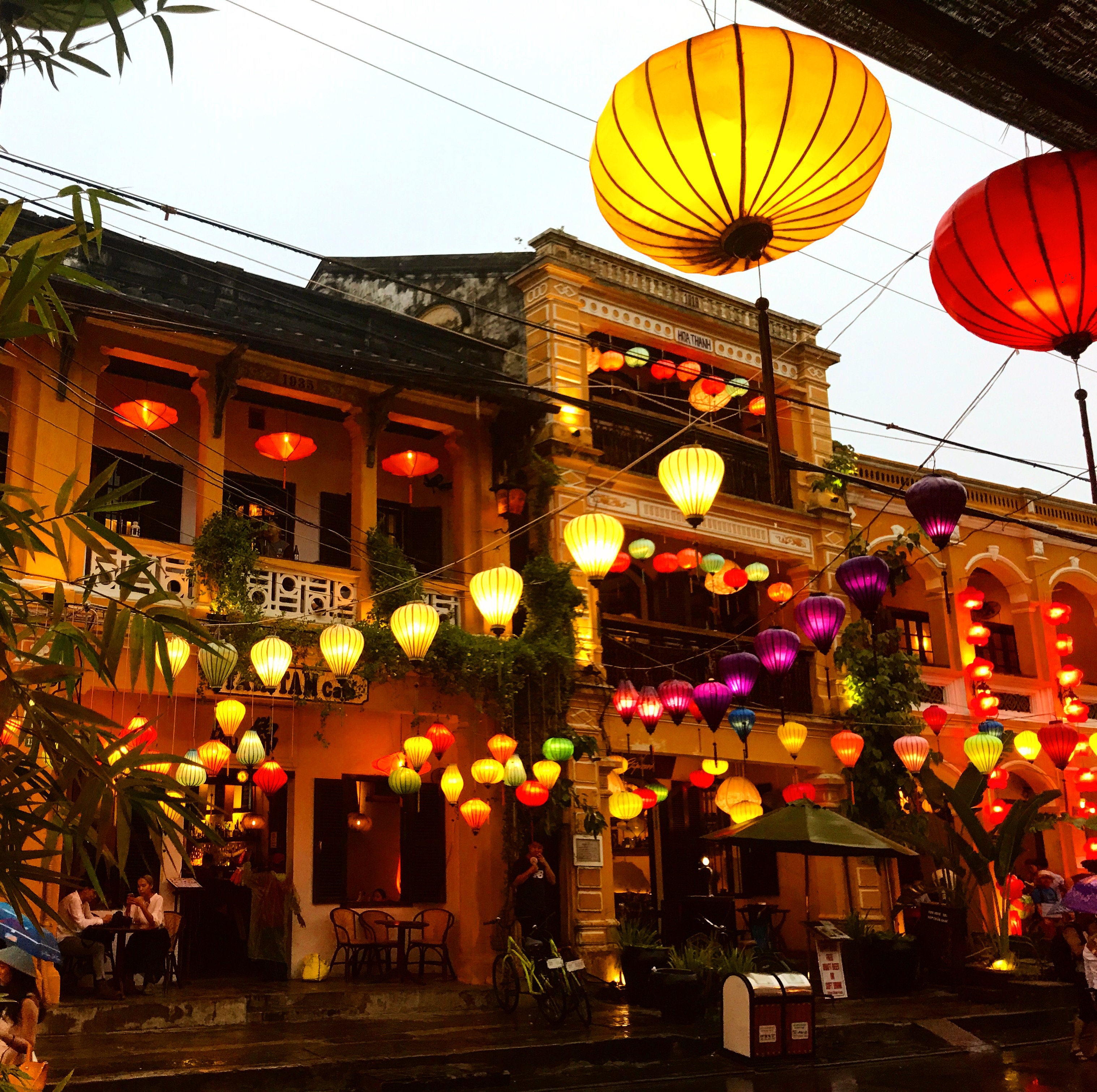