The Dragon islands. Ha long bay. This is where our next adventure takes place. Our tour took us through Ha Long Bay, Lan Ha Bay, Cat Ong, and Cat Ba Islands. On the boat it seems like we just drive endlessly among the rocky cliffs in the ocean. It’s very beautiful and the cliffs never end.

Personally I was feeling really under the weather especially on the first day, probably from some food poisoning from Sapa. Right before we left for the trip I asked the lovely hostel receptionists to point me in the direction of the nearest open pharmacy. She was so nice that she actually came with me to the pharmacy and translated how I was feeling to the pharmacist and then she helped me understand how to take the medication they had given me. Thanks to them my illness didn’t last long, but the entire first day I mostly slept in my little spot on the boat when there was downtime on our tour because I had no energy for anything else.

After riding on the boat through the cliffs, we ended up stopping for some kayaking. We went kayaking through caves, some of which were so low it was a struggle to fit through. The caves were like tunnels underneath the cliffs, cool and dripping with condensation. After the kayaking I fell asleep again and woke up to lots of screaming and splashing. Everyone was jumping off the roof of the boat into the sea. When I woke up I decided I wasn’t going to miss out on that and jumped in as well which was so much fun! It made me feel so refreshed, especially since I love the water so much. When we arrived at our private island we rested up a little bit then had a seafood barbecue for dinner, which I would have loved to eat more of if I was only feeling well.

After waking up on our private island, i finally felt normal again, we went for an early morning trek/hike. The hike started off as a simple walk through the forest until we ended up with a beautiful view of the cliffs. We continued further up the mountain which by then the trekking turned into rock climbing to the top of the mountain. Even though we started the trek at 9:30 it was already hot and by the end of the hour long hike and everyone was drenched in sweat. Out of all our long hot trekking days this has to have been the sweatiest one. The rest of the day was spent relaxing on our private beach, playing ping pong, and playing cards until 4PM when we headed for our second hike of the day to Sunset beach for the sunset. The hike to sunset beach was another easy hike through the forest. Initially our guide forgot the way where to go so we were just standing in the forest full of mosquitos until she appeared a couple minutes later. When we arrived at sunset beach the sun was still high in the sky so we all swam around in the water until the sun started to go down. Before the sun fully disappeared a boat came to pick us up from the beach and drive us back to the main island so unfortunately we didn’t get to see the sun fully disappear. After dinner, we sat and watched the stars on the beach. We haven’t really had many stars in Asia so I’ve been missing out. I really enjoy sitting beneath the stars for hours on the beach chatting to my travel buddy, Elizabeth, about random things in life.

On our last day, Elizabeth and I decided to wake up early to see the sunrise which was lovely. However, it felt like the sun was really struggling to make it out, or maybe we’re just too tired to be patient with the sun. Soon after waking up we got on a little boat to head to Cat Ba Island. We ended up going for a 2 hour trek though the national park. This trek was a walk in the forest up some rocky natural stairs. We stopped every once in a while to rest before the next set of stairs, to drink some water because it was so incredibly hot. Once again everyone was drenched in sweat. The views at the top of the mountain were incredible. It seemed like the national park forest just went on endlessly. After heading back down we got to go for a refreshing swim in a natural pool with cool water that came from the mountain. This was exactly what I needed after a long sweaty hike. We tried to hurry back to the car, quickly have lunch and make it to the boat on time however we ended up missing the boat anyway which was just fine because we just rested for a while before actually heading back with the next boat.

Our guide on this trip was really great. She said her name was too hard for foreigners to pronounce so we should just call her Knock. She was so sweet, happy, and always looking out for us. She told us all about her family and her Vietnamese life. She has two older sisters, one of whom is studying in America (in Iowa) and the other who is married and has a baby. Her father is a farmer and her mother sells the farm produce and other items. Her father ended up joining the Army and went to help Fight against the Khmer Rouge reign in Cambodia. In Vietnam the people believe that only mens prayers are valid for when a loved one dies, therefore it is important for a family to have at least one son. In Knock’s case she only had sisters so her father had a lot of criticism from the town due to this. On their farm her family had lots of pigs, chickens, vegetables, and also lots of peanuts. She said that sometimes there would be too many peanuts so they had to store them in their house and they slept with the peanuts. And finally she doesn’t like to eat peanuts anymore… She said her dream is to have a cow because as a child she never had a cow, and you can take a cow for a walk but not a pig. When a girl gets married, the girls family can ask for 5 things from the husbands family because when the girl gets married her family will not see her anymore as she now belongs to her husbands family. Family’s also want their kids to stay close to the parents so getting married to a foreigner is not always accepted. Her family also makes purple rice wine which her mother and her sisters love to drink on Lunar New Year. Knock has a lot of freedom. She’s built a life by herself in the city with out any help away from her family who seem like they let her do whatever she wants, and are lenient on the traditional Vietnamese rules. Learning about the life of a normal Vietnamese person was great, we really were not expecting to learn so much about her and I am so happy that she felt comfortable sharing so much of her personal life with us.

Our trip by the ocean was fantastic. I already love the ocean so much and it was perfect to be able to have the ocean and so much trekking all together. 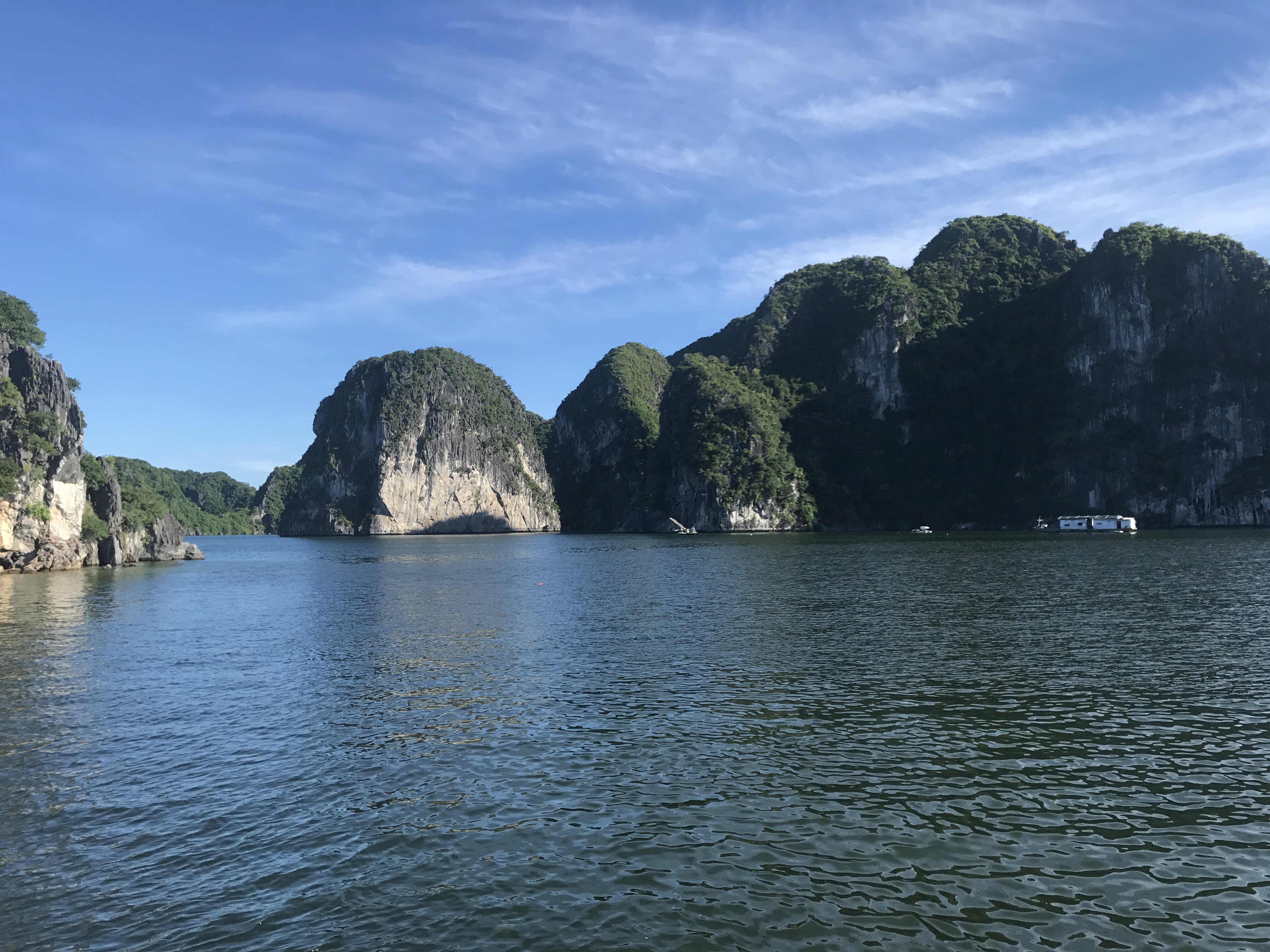 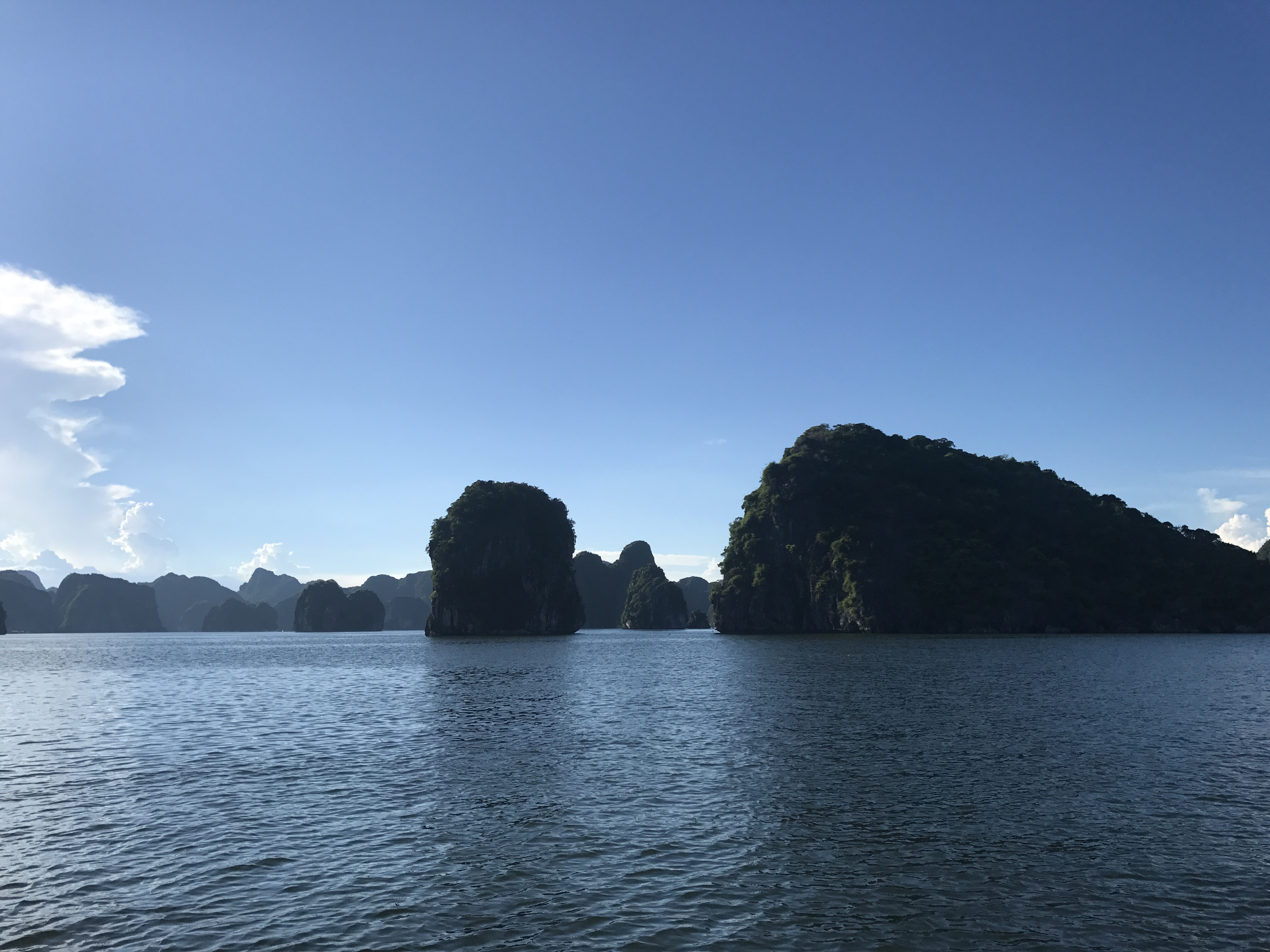 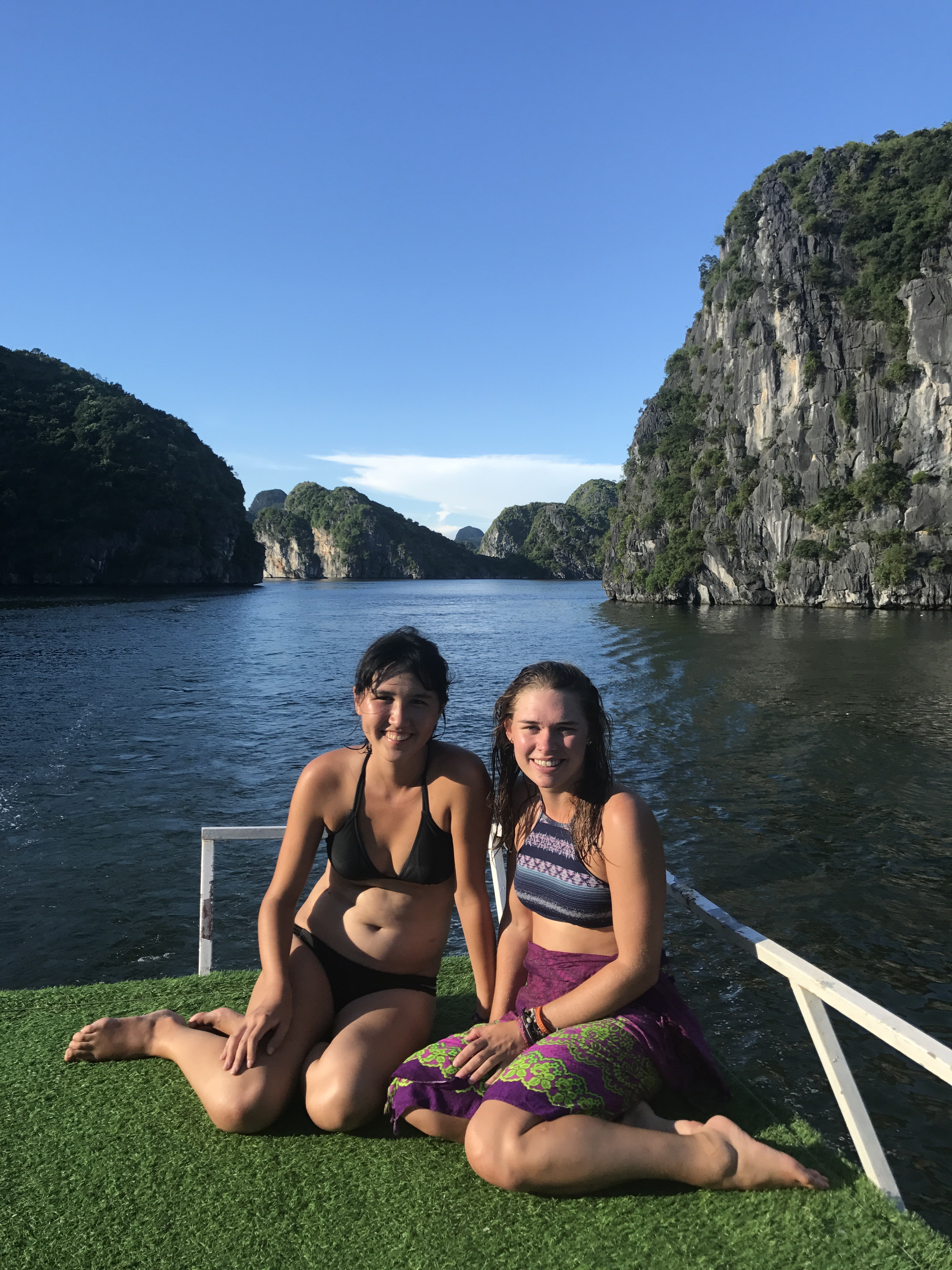 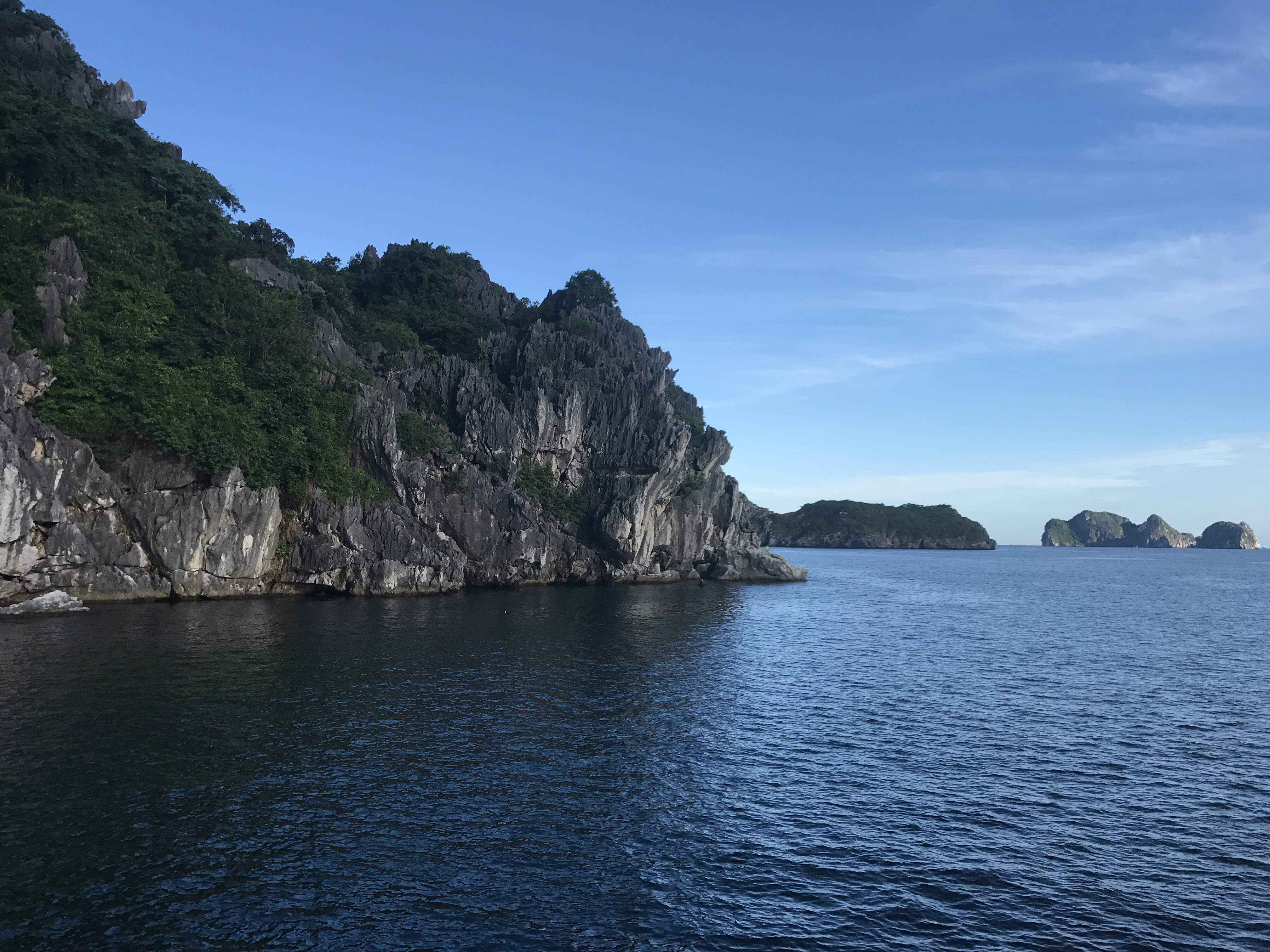 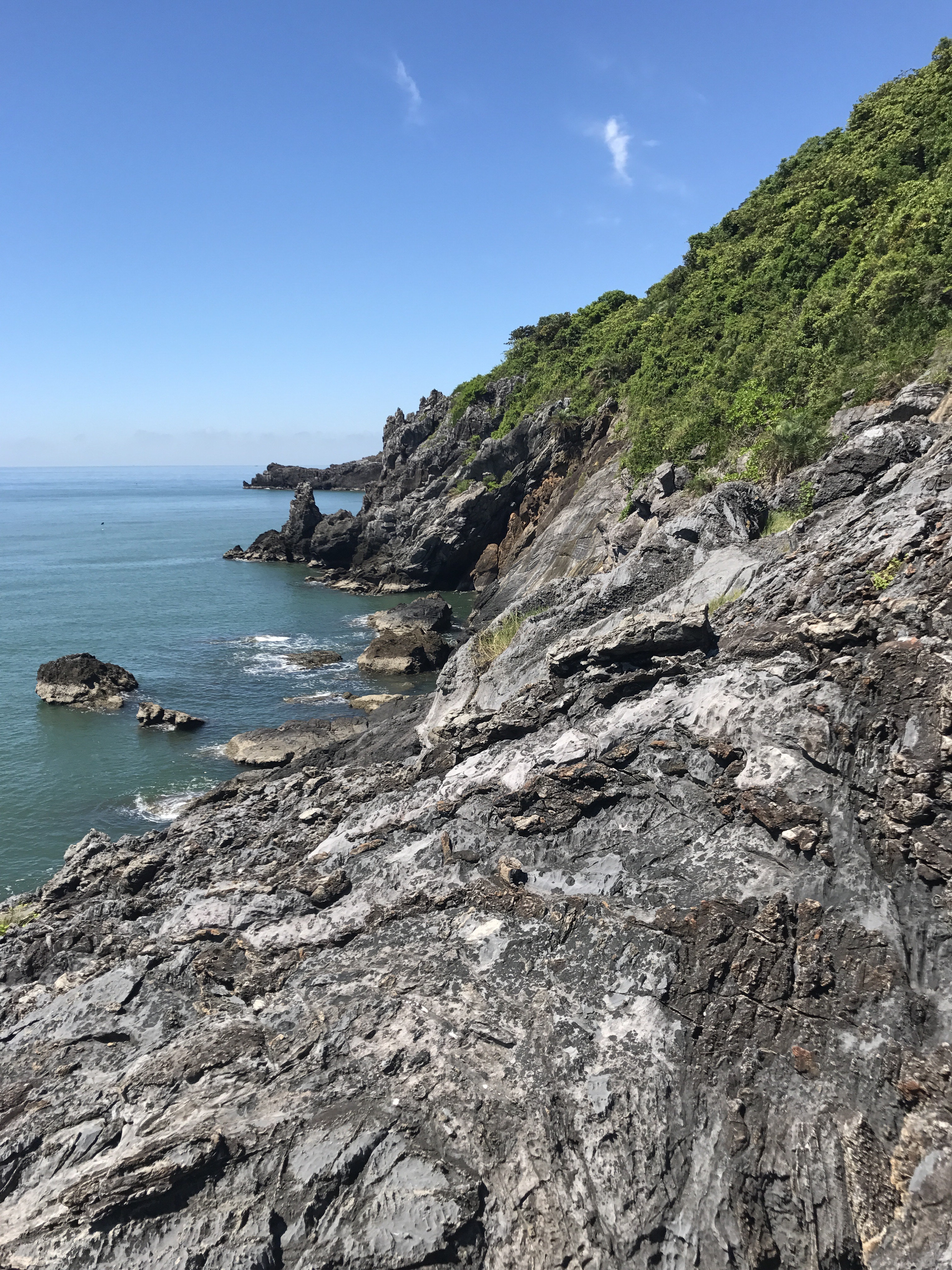 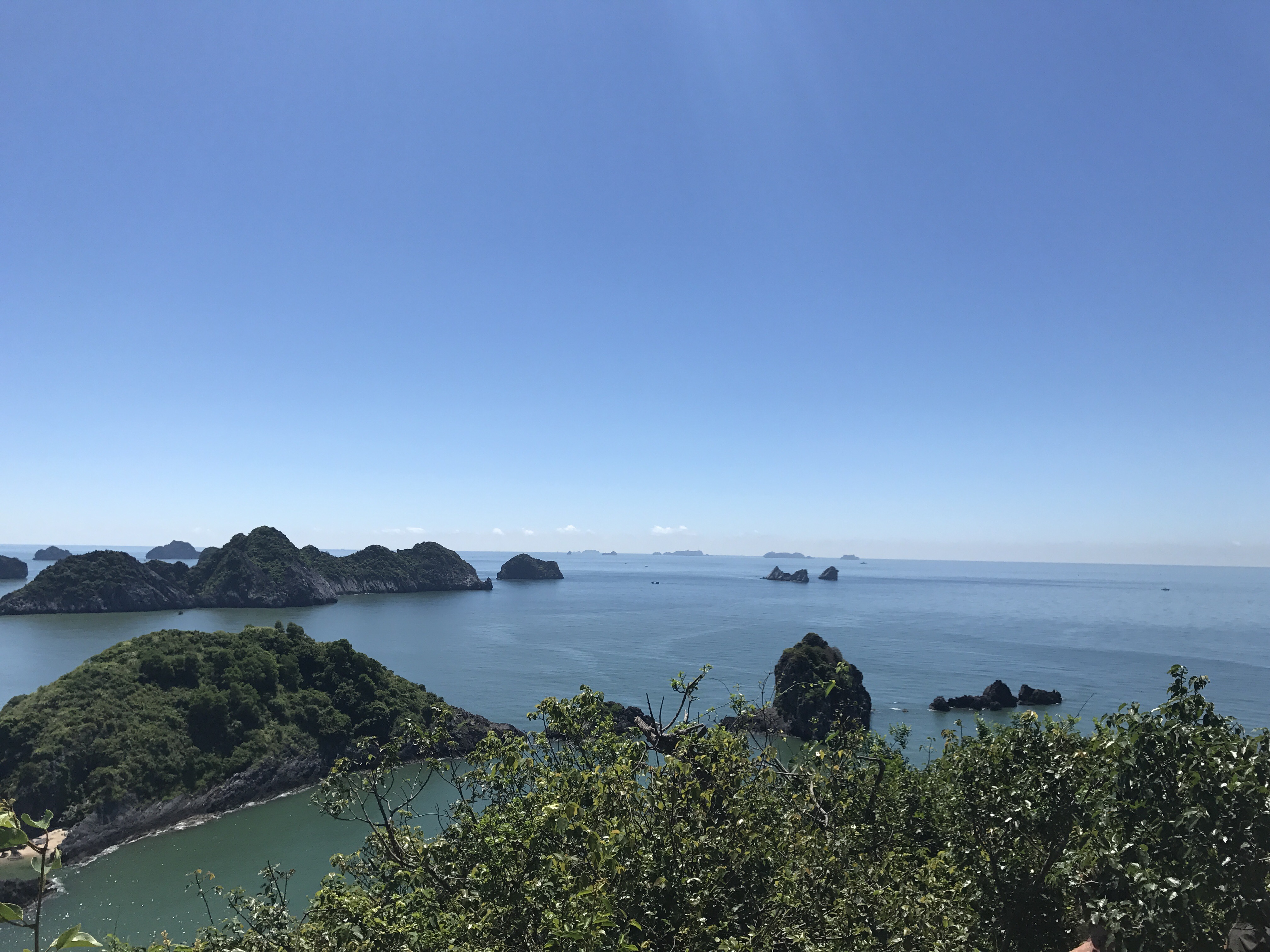 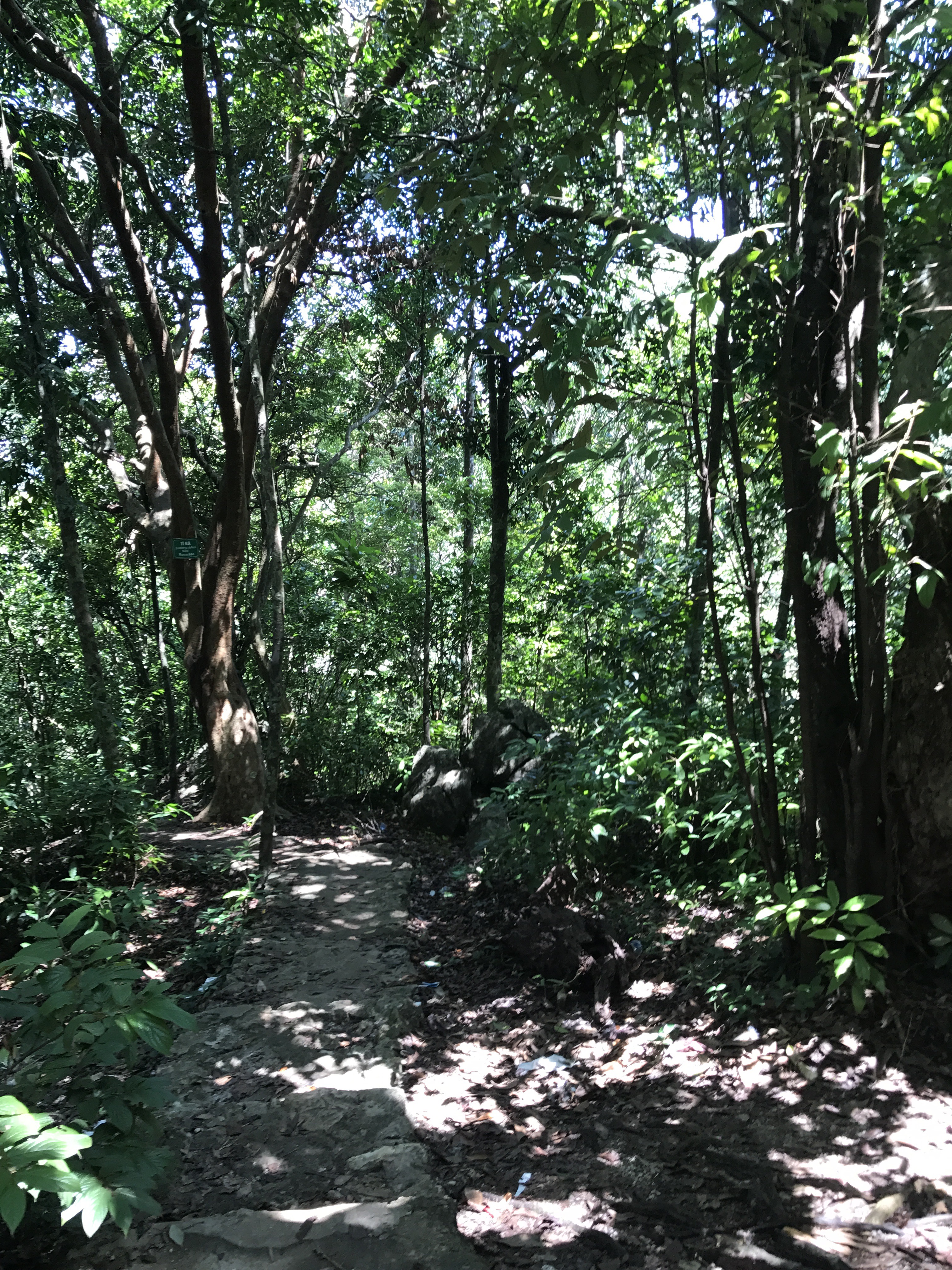 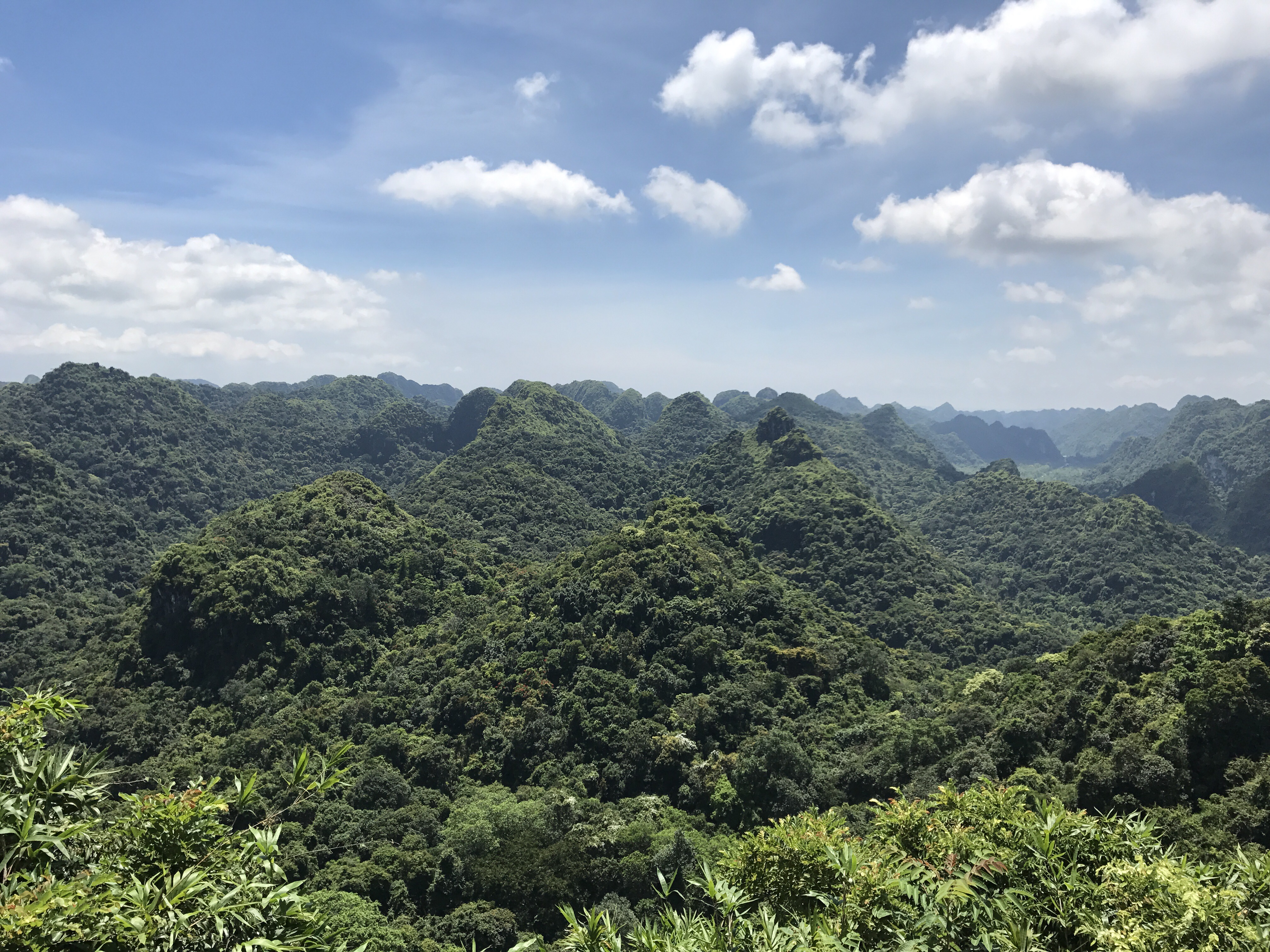